A Thousand and One Nights: A History of the Text and its Reception by Dwight Reynolds 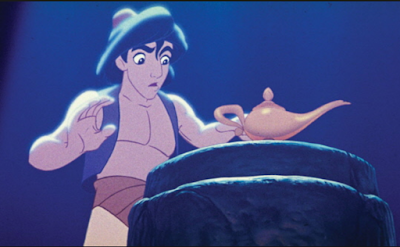 The West "discovers" the Nights

"A Thousand and One Nights: A History of the Text and its Reception" by Dwight Reynolds (http://www.religion.ucsb.edu/people/faculty/dwight-reynolds/) is, in my opinion, one of the most succinct – yet right on – histories of the Nights. It was only available before via academic libraries and is part of the volumes that make up Cambridge University Press' Arabic Literature series.

Professor Reynolds has uploaded a copy on academia for you to read/download here, however - https://www.academia.edu/28322004/A_Thousand_and_One_Nights_A_history_of_the_text_and_its_reception

I like the way the chapter successfully defines the Nights in a very clear, non polemic, manner, especially in its conclusion:

“The Nights was a relatively unknown collection of fabulous tales, one of many such collections that formed a part of late medieval popular Arabic literature, its unique embedding of tales and its compelling heroine notwithstanding.

By chance, this particular work was snatched from obscurity and given a new existence by Western scholars, translators, publishers and readers who acclaimed it both as a literary masterpiece and as a trustworthy guide to Middle Eastern cultures.”

And I love this too about the Nights, how random of a text from that time period it was to have been "chosen" and "discovered" by Western Orientalists like Galland and co. to become the penultimate representative of the Muslim and Arab world for the West. That's truth. And it's weird. And fascinating.
Posted by Michael Lundell at 10:46 AM No comments: