The enduring lure of The Arabian Nights - Muhsin Al Musawi 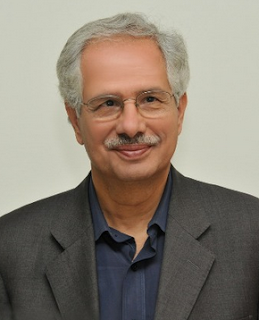 This is a recent interview by Gulf News of (here very defensive sounding) Colombia Professor Muhsin Al Musawi on the Nights.

What is most interesting to me is Al Musawi's critique of what he sees as Western interference into the legacy of the culture of the Nights.

Excerpts below, entire interview (unfortunately with pop up ads and the like) here: http://gulfnews.com/culture/books/the-enduring-lure-of-the-arabian-nights-1.1876775

“The Arabian Nights” was largely ignored simply because it was not an elite piece of literature, and it wasn’t until the French (1704-12) and English (1706) translations were published that it was taken seriously. To tell the Arab intelligentsia how it was received by eminent poets, writers and essayists was not an ordinary matter, especially as this intelligentsia suffers from a Western dependency complex.

You have a new project, almost ready: “The Arabian Nights: A Source Record”. The preliminary title suggests a lot but also seems to hide more.

I can quote from the introduction as it has not appeared yet, and I hope readers will use it with due acknowledgement to us as well as to the newspaper. This quote introduces the reader to early scholarly discussion of origins:

Aside from Edward William Lane’s (1801-76) enduring contribution to the sociological interest in the tales in its colonial dimension, his endeavour to establish a “sound” text, albeit with scriptural tone and style, still elicits scholarly interest. No less pertinent is the British periodical criticism of the years 1838-41, which, while highly informed by the British imperial quest, was mainly provoked by the latter’s significant achievement. It is only a sign of this encompassing imperial spirit that this criticism took into account German and French contributions to assimilate or debate within a broad colonial spectrum. While the evangelical spirit was bent on replacing Eastern cultures with that of the empire, the Orientalist was keen on preserving local traditions to ensure a better and solid acculturation beyond the vagaries of change.

Lane was no minor figure in this encounter, as his lexicon, studies of the “manners” of the Egyptians and translation of “The Thousand and One Nights” elicited further communications and interests. A case in point is the Athenaeum effort to elucidate the involved history of the “Nights”. Although taking into account contemporaneous views of de Sacy, von Hammer, Schlegel and Lane, the Athenaeum critic of the 1830s was fully aware of the pitfalls of basing final judgments regarding the date of composition on scattered references to historical events. No great value must be set on these allusions in a book that passed into many redactions and underwent a number of omissions, changes and interpolations. A “careful and critical examination of the tales,” he postulated, “would convince the reader that they were chiefly composed by illiterate persons, unacquainted with the history of their country; and it is unfair, therefore, to assume the accuracy of some particular date referred to, considering the numberless anachronisms contained in the work, and urge it as an argument either in favour or against opinions respecting the authorship, or age when written.”

Disapproving of Lane’s conclusion that the social and cultural setting points to an Egyptian origin, the reviewer observed that Islam regulates and models manners and customs in the whole Muslim East, establishing social conformity to which the “Nights” plainly attests. As for the very distinctive Egyptian traits, the reviewer urged that they be seen in the light of the tendency of copyists and compilers to impose their regional predilections on the text.

But what about the discussion of manuscripts, before Brill’s print of Galland’s Arabic manuscript?

Writing about manuscripts is a challenge, for no matter how authoritative and painstaking the search is, there are two sides to the question. One relates to availability of manuscripts, and the second to orality, transmission and storytelling. While Arabic scholarship was not enthusiastically drawn to popular culture, European scholarship was more interested in reading the tales as both manifestations of culture and life, as they deemed, and as indices of the spirit and language varieties of the region. Hence the interest in origin.

The Athenaeum reviewer was not alone; but his recapitulations were in response to an ongoing discussion that received further impetus after the publication of Lane’s annotated edition. Lane was keen on establishing that the work was by one single author who composed it between 1475 and 1525 (preface to “The Arabian Nights Entertainments”, London, 1839-41). Silvestre de Sacy had already dwelt on this issue (as documented by Chauvin and Littmann) in “Journal des savants”, 1817, 678; “Recherches sur l’Origine du Recueil des Contes Intitules les Mille et Une Nuits”, Paris, 1829; and in the “Memoires de l’Academie des Inscriptions & Belles-Lettres”, x, 1833, 30.

In these interventions de Sacy debated both single authorship and connectedness with Persian and Indian collections, dismissing the early reference by Al Masudi (336/947, re-edited in 346/957) as spurious. Just opposite to these views were Joseph von Hammer’s (“Wiener Jahrbücher”, 1819, 236; JA, 1e serie, x; 3e serie, viii; preface to his “Die noch Nicht übersetzten Erzaehlungen”) where he built his argument on Al Masudi, stressing therefore the genuineness of this as evidence of a collection of non-Arab origin.

Posted by Michael Lundell at 2:40 PM No comments: