Pushkin and the Nights 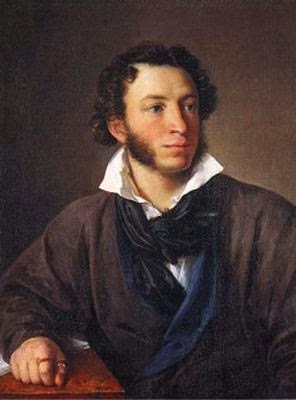 Alexander Pushkin (https://en.wikipedia.org/wiki/Alexander_Pushkin) needs little introduction, but I've not heard of his relationship with the Nights until today. Apparently a lot of his Russian folktales were actually riffs on the Nights.

"Puskin could not confine himself to the remarkable achievements with which he crowned the century-old triumphal way of Russian poetry, and during the last period of his brief life-span (1799-1837) he tried to enrich modern Russian fiction by laying a foundation of native prose. From this quest emerges his interest in folk tales. He knew the folk tales thoroughly and recorded them, but, strange as it may seem, his own imitations of fairy tales are based, for the most part, on French translations of the Arabian Nights, the brothers Grimm or Washington Irving, rather than on Russian folklore. Likewise, it is curious that none of Puskin's fairy tales are composed in prose and that most of them are in a metre foreign to the Russian tale. Most surprising of all, he none the less succeeded in capturing the spirit and tone of the Russian folk tale. For instance, in his famous Tale of the Golden Cockerel Puskin simply retells Irving's Legend of the Arabian Astrologer [itself from?], and he does it in trochaic tetrameter, alien to Russian folk tales; yet both Russian and American readers, willy-nilly, associate this pastiche with Russian folklore" (188).

Posted by Michael Lundell at 8:23 PM No comments:

Sinbad and the Eye of the Tiger - Ghanaian Movie Poster 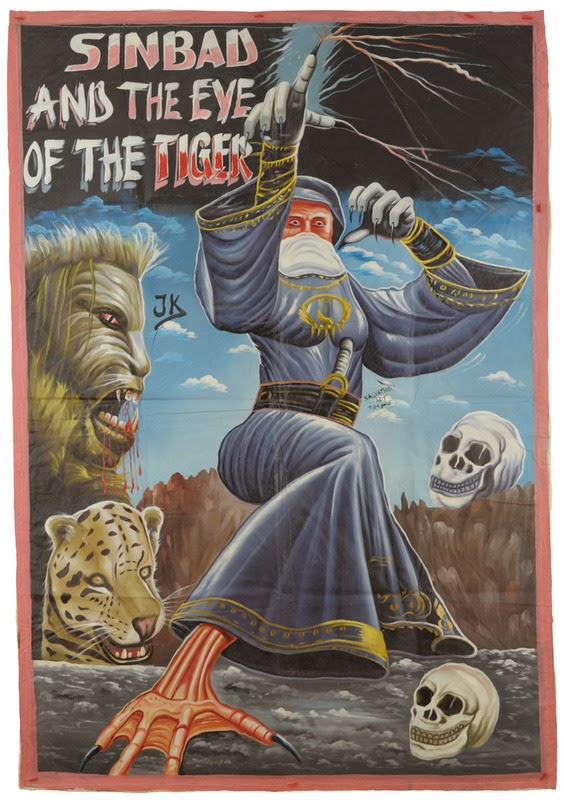 This is a handmade movie poster for Sinbad and the Eye of the Tiger from Ghana. You can buy it here - http://www.ghanamovieposters.com/servlet/the-343/MOVIE-POSTERS-HAND-PAINTED/Detail
Posted by Michael Lundell at 11:47 AM No comments: