Aladdin the Musical heads to Broadway Thanks to Paul for passing this along - The musical Aladdin recently had its debut in Toronto and is on its way to Broadway.

"Thomas Schumacher said in an interview that the final two-act Aladdin will build on the 1992 film blockbuster with new songs by Alan Menken, additional characters and, appropriately, some magic tricks.

"If I look around Broadway right now, what I want to see is big production numbers. I want to see lush environments. I want surprise," Schumacher said. "You want a lot of humour, which we will do. And you want heart."

Aladdin will be directed and choreographed by Tony Award-winner Casey Nicholaw, whose previous hits include The Book of Mormon and Canadian-born The Drowsy Chaperone. Bob Crowley, who has a Tony for Mary Poppins, will design the sets, and Chad Beguelin has written the story and some lyrics.

The musical will first be staged at Toronto's Ed Mirvish Theatre this November for nine weeks with an eye to bringing it to Broadway's New Amsterdam Theatre in 2014. Mary Poppins, which is currently in the 1,797-seat New Amsterdam Theatre, ends its six-year run in March.

Posted by Michael Lundell at 10:24 AM No comments:

Ella Shohat on The Thief of Bagdad

Posted by Michael Lundell at 8:30 AM No comments:

Al-Masudi - The Meadows of Gold and Mines of Gems

His book, Muruj Al-Dhahab, known in English as The Meadows of Gold and Mines of Gems, is a historical account of the beginning of the world up through the Abbasid Caliphate in Baghdad.  You can read more about the book and its translations at this wikipedia page I created: http://en.wikipedia.org/wiki/The_Meadows_of_Gold

What is interesting about the book to me and Nights scholars is that it is one of the first books to mention the Nights at all, and dates the Nights to the 10th century, if not suggestively before then.  There are only four known mentions of the Nights apart from any versions of the collection pre-1400s-ish, Masudi's is one of them.

The mention, which is very brief, contains information that the Nights is an Arabic translation from a Persian story collection known as Hazar Afsaneh, that it is known in Arabic as The Thousand Nights and a Night, and that it is the story of a King, his Vizier, the daughter of the Vizier who is named "Shirazad", and her handmaiden/slave, a girl named "Dinazad".

All of which are important details for Nights scholars in many different ways.

Here is the rendering in Arabic from the French and Arabic version of Muruj (important to note because it is not an original manuscript, but was (and is in many ways) the primary source for the Masudi book in Europe and other non-Arabic speaking countries) called Prairies d'or, Arabic edition and French translation of Muruj al-dhahab by Barbier de Meynard and Pavet de Courteille, Paris 1861-77.  The following is from volume 4, pages 89-90 (available online through archive.org linked at the wikipedia page above) - 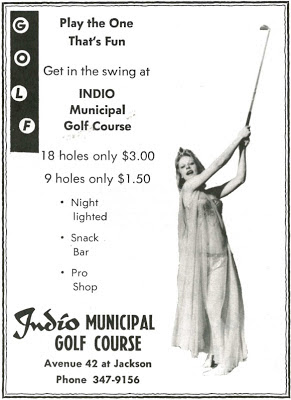 Someone posted about this article on the blog, it's a very interesting history of the "Date" festival that takes place every year in Indio, California.

The author is also doing her PhD at UC Riverside in History on Orientalist motifs in Southern Californian culture - very cool!  I'm glad she is because the date festival, the date farms in places like Mecca, California, and the very interesting connections to the "Middle East" are all things near and dear to me and my research interests too.  Plus a regular trip to Indio is always a good thing, date festival or tamale festival or whatever.

In any event, the article is "Harem Girls and Camel Races:  Middle Eastern Fantasies in the Deserts of Southern California" by Sarah McCormick Seekatz, and it features a ton of great pictures, and you can read the whole thing here:

For more on the date festival and this blog, click the label marked "Date festival Indio" on the right side of the blog under labels.
Posted by Michael Lundell at 7:42 PM 1 comment: