Here is a trailer for an Arabic series (or film?) based on the Nights.

Posted by Michael Lundell at 11:54 AM No comments: 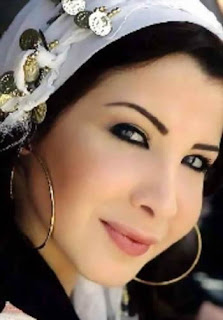 Posted by Michael Lundell at 1:10 PM No comments: 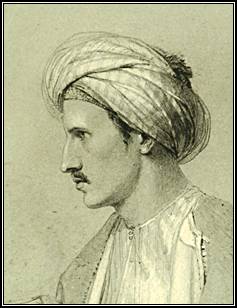 
Here is a good historical overview of the Nights with a concentration on Edward William Lane's version, a version well known but relatively understudied.


"Lane had little use for, and even less patience with, Galland’s edition. Large stretches of his “Translator’s Preface” are devoted to enumerating his predecessor’s shortcomings as a translator and his consequent distortions of the source material. Lane’s slighting dismissal of “the version which has so long amused us” (vii) signals his desire to lift the tales out of the realm of mere entertainment, where they had so long resided. For Lane, “what is most valuable in the original work” is “its minute accuracy with respect to those peculiarities which distinguish the Arabs from every other nation, not only of the West, but also of the East” (viii). It had long been the most banal of commonplaces to claim that The Arabian Nights provided a “window on the East,” but this is not what Lane means. Virtually alone among readers, then or since, Lane believed that The Arabian Nights in its Bulaq version was the work of a single author who lived around 1500, most likely in Cairo. While many of the tales are “doubtless of an older origin,” they were all “remodelled, so as to become pictures of the state of manners which existed among the Arabs, and especially among those of Egypt,” in the late fifteenth and early sixteenth centuries (xiii-xiv). Lane asserts not only that The Arabian Nights is, rather than a miscellany, instead the product of a single shaping intelligence, but that it therefore provides an accurate, detailed, and thoroughly consistent account of Cairene life. For Lane, The Arabian Nights is to be valued for the abundant and precise documentary evidence it gives of the manners and customs and material life of Egypt. Since, in Lane’s view, those manners and customs and that material life had remained more or less unchanged since at least the sixteenth century, The Arabian Nights was more than merely an historical record."
Posted by Michael Lundell at 8:15 AM No comments: 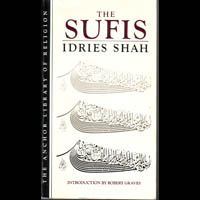 He begins his book with mentions of Sufi poetry as being secretive states of literary mysticism and says:

"In its most advanced form the secret language uses Semitic consonantal roots to conceal and reveal meanings; and Western scholars seem unaware that even the popular Thousand and One Nights is Sufic in content, and that its Arabic title Alf layla wa layla is a code phrase indicating its main content and intention:  'Mother of Records'" (x).

Idries Shah was a popular "mystical" new age writer who penned scores of books throughout the mid to end of the 20th century.  His son Tahir Shah recently published his own book In Arabian Nights.

http://en.wikipedia.org/wiki/Idries_Shah
Posted by Michael Lundell at 8:10 AM No comments:

Email ThisBlogThis!Share to TwitterShare to FacebookShare to Pinterest
Labels: 20th, islam, mentions of the nights

Smash - A Thousand and One Nights

Here is a musical number from the television show Smash (http://en.wikipedia.org/wiki/Smash_%28TV_series%29) called "A Thousand and One Nights" featuring all sorts of people (well mainly one sort of people) dressed and dancing as a sort of another sort of people (they think), in the tradition of a (pure or sullied, one can never ever tell) vision of the "Nights".

A Thousand And One Nights - Smash Katharine McPhee

Posted by Michael Lundell at 7:39 AM No comments: