more citations of this blog 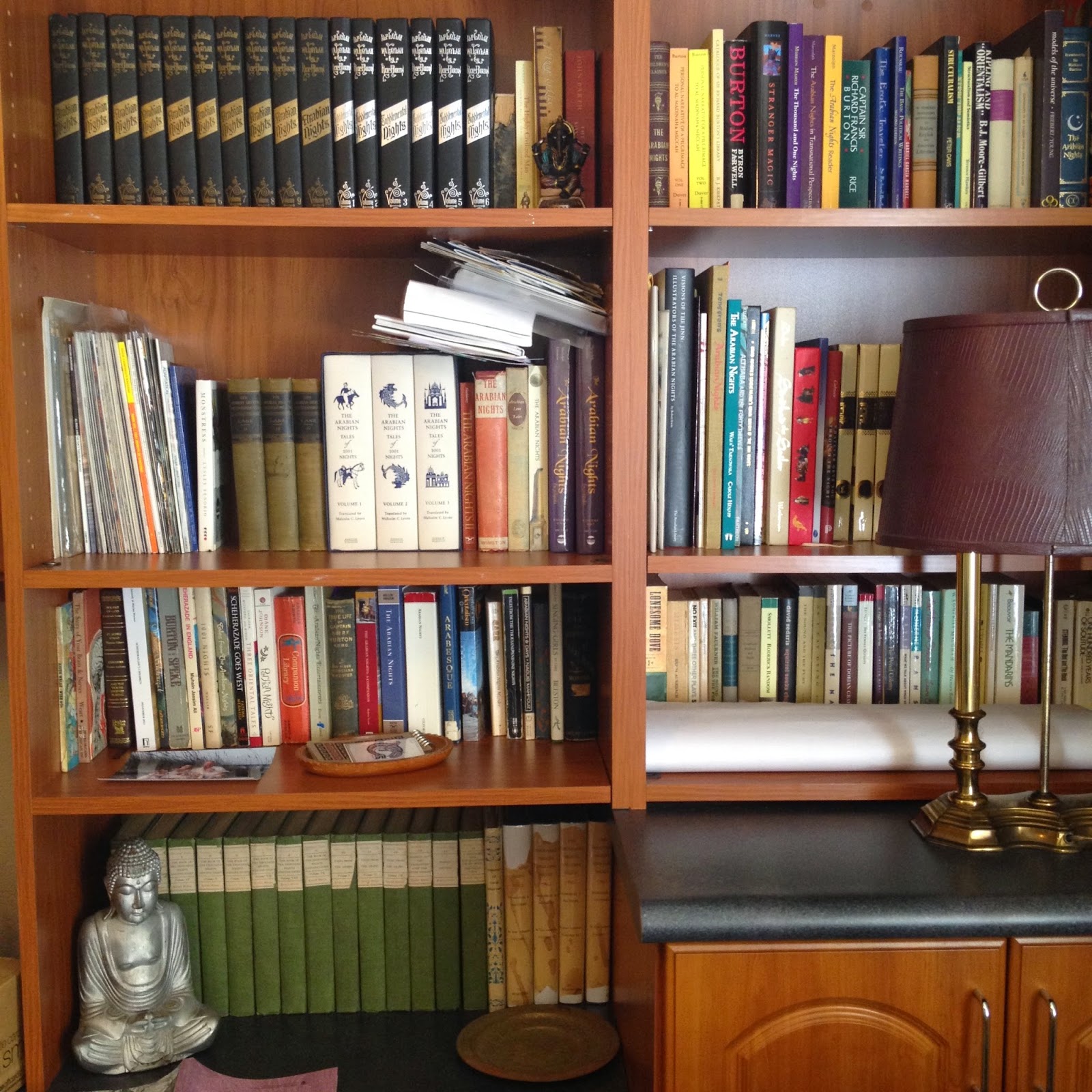 In my field blogs generally are thought to mean time wasted not publishing in "legitimate" journals - this is understandable even though there are so many high quality academic online creations. It's unfortunate too, for many reasons outside the scope of this post.

My blog is useful for me for gathering all of the Nights related materials I almost always randomly come across. It has been a constant inspiration for my legitimate publications and useful in my teaching. It has also been a place of global collaboration of all things Nights-esque. It's fairly safe to say that the role of a blog in the academy, however, remains far under the scope of legitimacy.

The MLA though, among other groups, has started to include digital humanities criteria for judging whether things like a blog are worthwhile. It has yet to catch on at any substantial level. The future, however, is certainly bright for the growth and centralization of online resources serving the humanities.

My blog has been cited in several peer reviewed academic writings and now a book from folklorist Christina Bacchilega (it might not seem like much but there are estimations that most peer-reviewed humanities articles are only cited 10% of the time – this article suggests 93% of humanities articles remain uncited anywhere else - alex-reid.net/2011/03/on-the-value-of-academic-blogging.html).

Many of us tell stories to understand our lives. Shahrazad tells them to save hers...
One Thousand and One Nights at the Lubber Run Fire Ring

Join WSC Avant Bard Theatre at 7:30 pm on Saturday, October 25 at Lubber Run’s Fire Ring for a theatrical reading of selections from One Thousand and One Nights,*adapted for the stage by Hanan al-Shaykh and Tim Supple, and directed by WSC Avant Bard company member Lynn Sharp Spears, who brought her thrilling rendition of Beowulf to the Lubber Run Fire Ring last year!

Come discover the extraordinary tales that kept Shahrazad alive for 1001 nights! The tales will be enlivened by musical accompaniment in this special staged reading under the stars; picnic baskets and blankets are strongly encouraged.

Admission is free but please RSVP.

WSC Avant Bard is proud to produce One Thousand and One Nights as part of the Gaurav Gopalan FREE Reading Series. Visit http://wscavantbard.org/ to help support WSC Avant Bard.


info from the kickstarter site - https://www.kickstarter.com/projects/1843894291/1001-nights-help-bring-this-fascinating-new-play-t


WSC Avant Bard is proud to produce One Thousand and One Nights as part of the Gaurav Gopalan FREE Reading Series. Visit http://wscavantbard.org/ to help support WSC Avant Bard.

Help WSC Avant Bard bring to life the US premiere of a theatrical retelling of 1001 Nights, adapted by Hanan al Shaykh & Tim Supple!

Three members of WSC Avant Bard -- a theatre company that produces shows in and around Washington, DC -- have a dream of bringing a magical piece of theatre to the US. Director Lynn Sharp Spears, Stage Manager Maggie Clifton, and Actor Sara Barker discovered the existence of a new stage version of One Thousand and One Nights while searching for the next play to stage around the Lubber Run Park Fire Ring - a twice yearly tradition for the company. Lynn had great success directing a staged reading of Beowulf around the fire ring and they were looking for something similarly epic. Sara thought that One Thousand and One Nights would make for a splendid staged reading around the fire ring and was thrilled to discover that as recent as 2011 the stories from One Thousand and One Nights had been freshly adapted by celebrated Lebanese author Hanan al Shaykh and dramatized for the stage by British director Tim Supple. The production had its European premiere at the 2011 Edinburgh International Festival. WSC Avant Bard believes its high time this magical play have its US premiere! The first step is producing a staged reading, so the three WSC Avant Bard members are raising funds to provide the actors and musicians involved a small stipend for their talent and time.

Here are a few words about the new adaptation from Tim Supple: "We want to give audiences in the theatre an experience of the One Thousand and One Nights as they are in the original Arabic texts, before they were discovered and translated by the West; and before they were exoticized and adapted for children. When you read the Arabic originals, you find stories that are erotic and brutal; that are about destiny, love, marriage, and power; about the fundamental processes of social existence. These stories are remarkable and surprising; and complex and important."
Posted by Michael Lundell at 6:13 PM No comments: 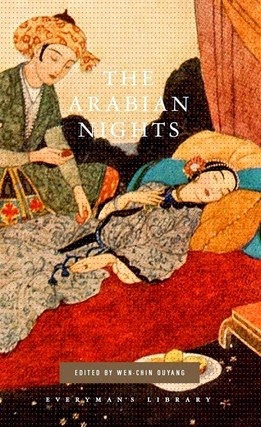 A new edited collection of stories from the Nights has been published by Everyman (2014). It is a selection of stories collected by Wen-chin Ouyang. The stories are culled from Burton, Lane, Scott and Payne. Although I haven't received my copy yet it seems like an interesting text that would possibly make for a good intro reader. There seem to be hundreds of versions of the Nights coming out every week.

Here's an overview of the book's genesis by The National (Abu Dhabi) - http://www.thenational.ae/arts-culture/books/new-anthology-of-the-arabian-nights-has-controversial-subtext

"“There is a large group of people who now see The Arabian Nights as a western rather than Arabic classic,” says the anthology’s editor, Wen-chin Ouyang. “And it is very possible that Aladdin and the Magic Lamp and Ali Baba and the Forty Thieves were European inventions from writers wanting to pen ‘Oriental tales’. They were then translated into Arabic and became part of this ever-growing compendium of stories by the 19th century. The story of Sindbad is really interesting, for example. Is it originally a Turkish folk tale, or a Turkish translation of an Oriental tale? There’s still work to be done on that.”

You’d bet on Ouyang to do it. Her love of The Arabian Nights reads like a literary adventure all of its own: growing up in Libya, she first read it in Chinese – but her school friends had never heard of this world of genies, ebony horses or fairies. What’s more, in Libya, there wasn’t an Arabic version to be found in libraries, universities or bookshops. Finally, a friend smuggled her a copy of Alf Layla Wa Layla (The Thousand and One Nights) with the warning : “My mother says good girls are not allowed to read it.” This edition was such hard work to read, Ouyang gave up.""

Posted by Michael Lundell at 7:13 PM No comments: 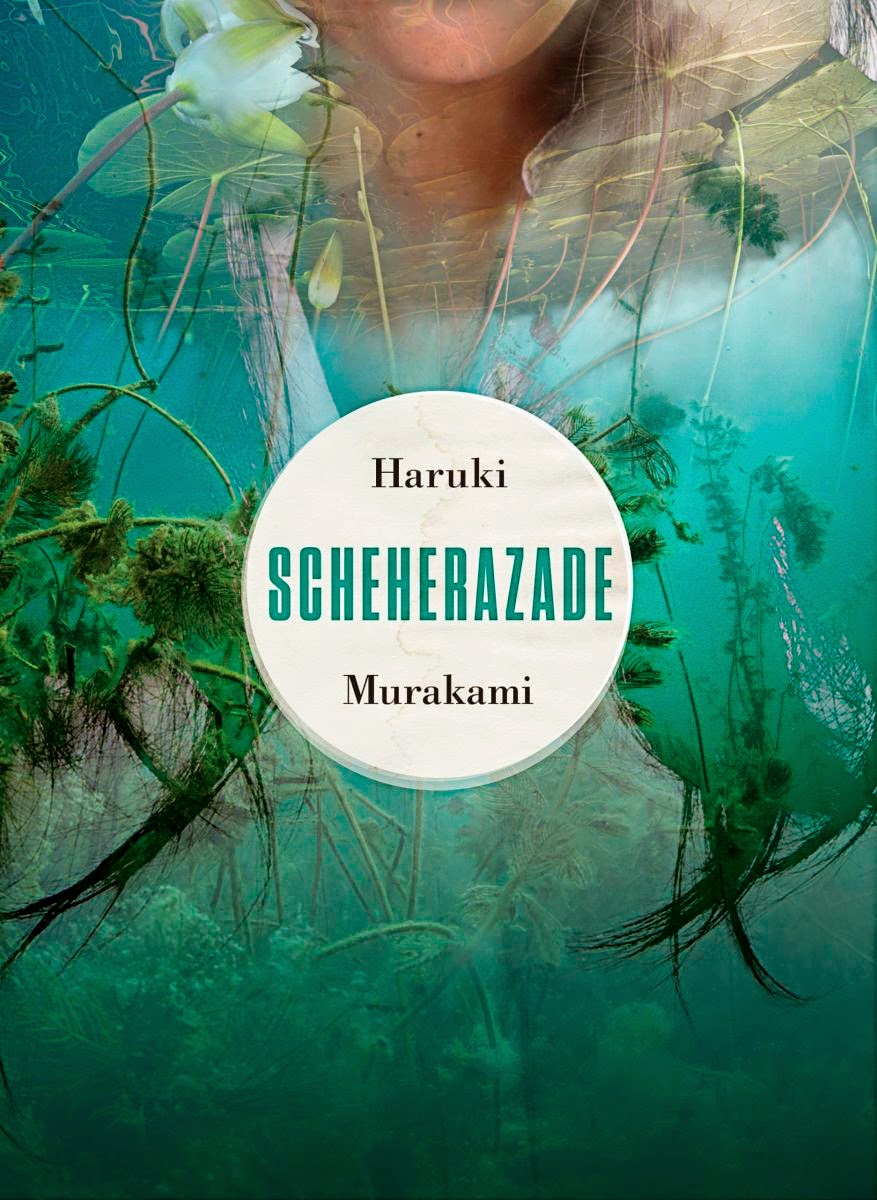 photo art by Merlin (at link below)

The 2014 Nobel Prize for Literature is set to be announced tomorrow and Murakami's odds, according to an English betting company, is 1/4. The Prize Committee has always been known to surprise, however.

The New Yorker recently published Murakami's story "Scheherazade" and you can read it online here:

Here is the magazine's interview with Murakami about the story -

"Each time they had sex, she told Habara a strange and gripping story afterward. Like Queen Scheherazade in “A Thousand and One Nights.” Though, of course, Habara, unlike the king, had no plan to chop off her head the next morning. (She never stayed with him till morning, anyway.) She told Habara the stories because she wanted to, because, he guessed, she enjoyed curling up in bed and talking to a man during those languid, intimate moments after making love. And also, probably, because she wished to comfort Habara, who had to spend every day cooped up indoors.

Because of this, Habara had dubbed the woman Scheherazade. He never used the name to her face, but it was how he referred to her in the small diary he kept. “Scheherazade came today,” he’d note in ballpoint pen. Then he’d record the gist of that day’s story in simple, cryptic terms that were sure to baffle anyone who might read the diary later."

Posted by Michael Lundell at 12:57 PM No comments:

"The Prince and the Tortoise" - Fairy Tale Comics 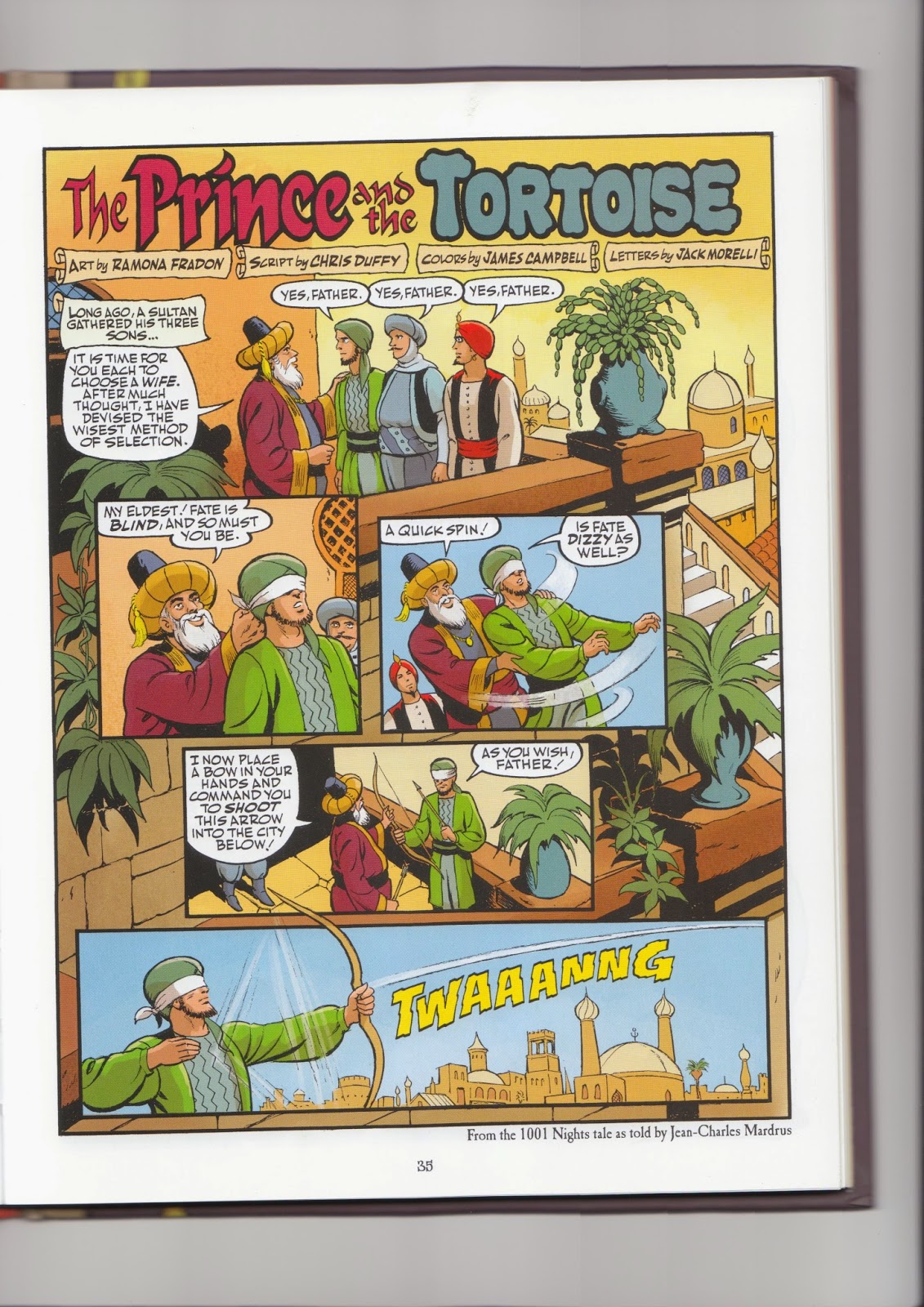