The Journal of The 1001 Nights in the Media 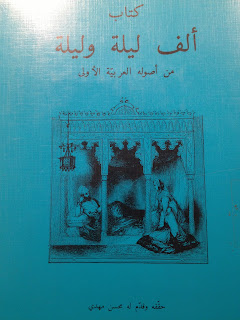 
Mentions of the Journal:

Since I’ve started this website I have been humbled by the responses from people around the world, and by the number of people supporting it.

Here is a compilation of mentions of the blog in the media and elsewhere.

Thank you to everyone who has been a part of its continuing growth.


“The fact that websites are doing more than providing a wealth of folktale and fairy-tale primary texts to those who can access the Internet is further brought home by the multiplying of online publications, like the English-language Cabinet de Fees and Fairy Tale Review (both of which have issues also available in print); discussion forums such as SurLaLune’s, which in the October 2000-June 2011 period had 3,761 average visits per day and 23,391 total posts on over six hundred different topics; blogs, including Breezes from Wonderland by Harvard-based fairy-tale scholar Maria Tatar and the one Michael Lundell has maintained since 2007, The Journal of [the] 1001 Nights; and Facebook groups like Fairy Tale Films Research” (10).

Cited as reference in “Noble Betrayers of their Faith, Families and Folk: Some Non-Muslim Women in Mediaeval Arabic Popular Literature,” by Niall Christie, Folklore Volume 123, Issue 1, 2012, 84-98.

“Michael Lundell’s blog at http://http://journalofthenights.blogspot.com is at once informative and wide-ranging” (234).

Center for the Humanites – University of Wisconsin, Madison – the arabian nights in wisconsin (2010)

“Resource for scholarship on The Arabian Nights. Maintained by Michael Lundell, a PhD candidate in English Literature, this is probably the most comprehensive source of information on the text available online.”

“Michael Lundell, a PhD student in Literature working on the 1001 Nights has compiled numerous articles, reviews and links for the Nights, including a tremendous collection of video clips.”

I’m getting a lot of these illustration things from this wonderful blog dedicated to information re: Quitab Alif Lailah ua Lailah. I’m in the middle of perusing it right now, but feel free to check it out, it’s quite actively up-to-date. It’s run by Michael Lundell, a PhD candidate at UCSD focusing on the Nights. Thanks Michael!!

Part of The University of California, San Diego Library's "SAGE" project – An online directory of trusted sources of academic information.

Listed as reference on numerous related course websites, syllabi and other academic events including:

The Arabian Nights in Wisconsin – 2010-2011 reading initiative and part of the Center for the Humanities at the University of Wisconsin – Madison. http://humanities.wisc.edu/

And a sighting/citing on Wired.com (which explains why this particular post has been the most popular of the blog for the past six months):


"Narquitectura: Inside the Fortified Palaces of Mexico’s Drug Lords"

An earlier incarnation of the blog, and myself, are referenced here as well:

Dale, Madalina. “The Hybridity of Narrative Form and Language in 'Haroun and the sea of stories'”

I have also been interviewed by Colombian National Radio, the Annenberg Foundation - a PBS related company which produced the show Invitation to World Literature:  The Thousand and One Nights (http://www.learner.org/courses/worldlit/the-thousand-and-one-nights/watch/), have been given review copies of Nights-related books from major publishers and have helped numerous students and professors around the world with Nights-related queries, projects and research.
Posted by Michael Lundell at 9:37 AM No comments:

Email ThisBlogThis!Share to TwitterShare to FacebookShare to Pinterest
Labels: this blog 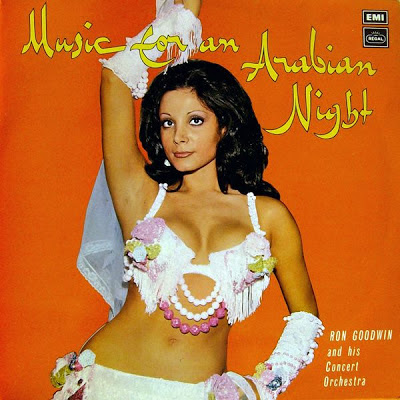