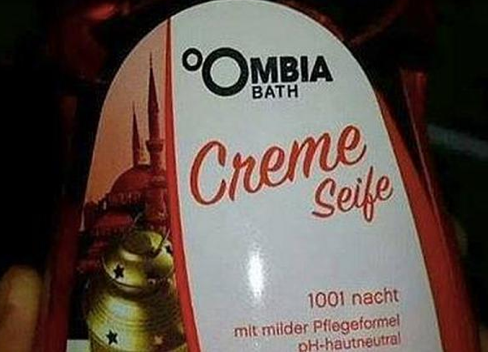 Aldi soap in Germany pulls 1001 Nights soap after people complained about the image of the Hagia Sophia on its label. The complaints argued that the image was blasphemous.


"Aldi's troubles began in December of last year, when they stacked their shelves with a liquid soap called "Ombia - 1001 Nacht," or "1,001 Nights," named after the famous Arabian nights fables. The crucial detail: those who have complained say the soap's packaging allegedly shows a mosque.
Muslim customers viewed the item as offensive, saying a mosque did not belong even in the vicinity of a lavatory. Many contacted Aldi Süd on the supermarket's Facebook page.

"When I saw your liquid soap by Ombia on your shelves, I was a little shocked since it showed a mosque," one of Aldi Süd's Facebook friends posted on the social network in German. "The mosque with its dome and minarets is a symbol that stands for dignity and respect for Muslims. That's why I don't find it appropriate to depict this meaningful image on an item of daily use."

Aldi reacted swiftly about the potentially blasphemous soap. It issued a statement on Facebook saying that it would remove the item from its stores. "We're sorry that you were irritated by the design of our soap," Aldi apologized. "Of course, we have forwarded your note to the appropriate contact person in this house so that they are informed and sensitized to the issue.""

Mushi Productions presents A Thousand and One Nights (1969) - 千夜一夜物語 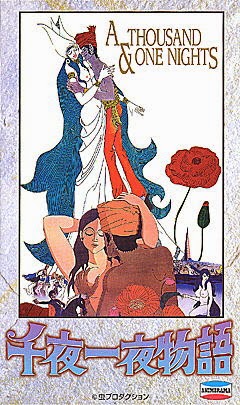 A Thousand and One Nights (千夜一夜物語 Senya Ichiya Monogatari?) is a 1969 anime feature film directed by Eiichi Yamamoto, conceived by Osamu Tezuka. The film is part of Mushi Production's Animerama, a series of films aimed at an adult audience. More on wikipedia - https://en.wikipedia.org/wiki/A_Thousand_and_One_Nights_%281969_film%29

Someone has uploaded it to youtube with subtitles in English. It is an "adult" animated film with a decidedly psychedelic 60s feel to it.

A review by Fred Patten has more on its background - http://cartoonresearch.com/index.php/tezukas-adult-features-a-thousand-and-one-nights-1969/

Here is the film -

Posted by Michael Lundell at 10:10 PM No comments: