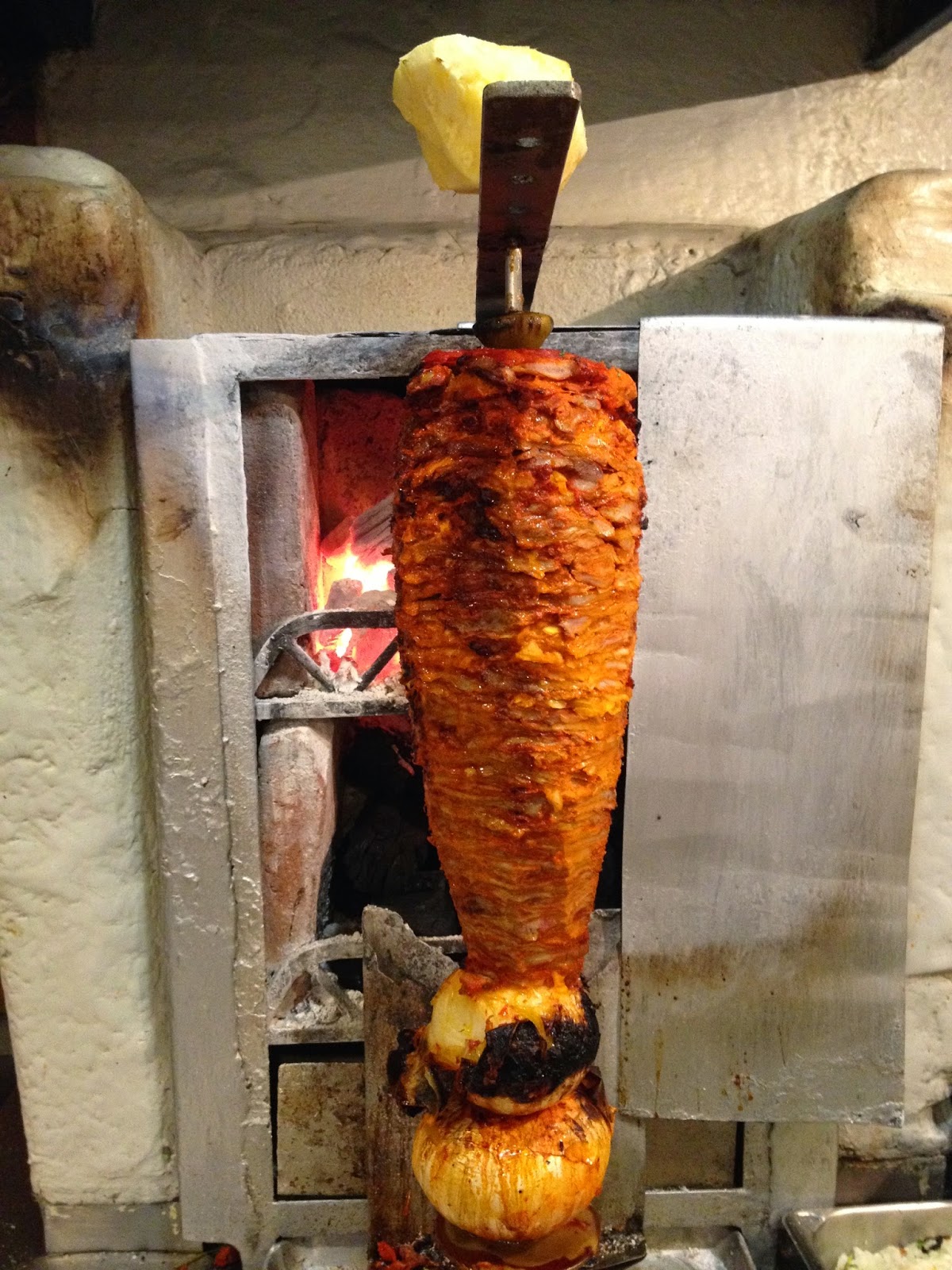 
Just returned from Mexico City DF where the street food scene was incredible.

The history of tacos al pastor (pork tacos cooked vertically on a spit, usually with a pineapple on top) is disputed but is said to come from Mexico City or Puebla or thereabouts, created by Lebanese immigrants bringing their shawarma skills with them.

The latest taco craze in the city are "tacos arabes" or Arabic tacos. Taco meat and fillings in pita bread.

At one amazing restaurant, Al Tizoncito on Tamaulipas 122 in Condesa, has them called "Sherezadas" after our herione. They also claim to be the birthplace of al pastor. Regardless, they serve up the best pastor I've ever had, on tortilla or Sherezada style. 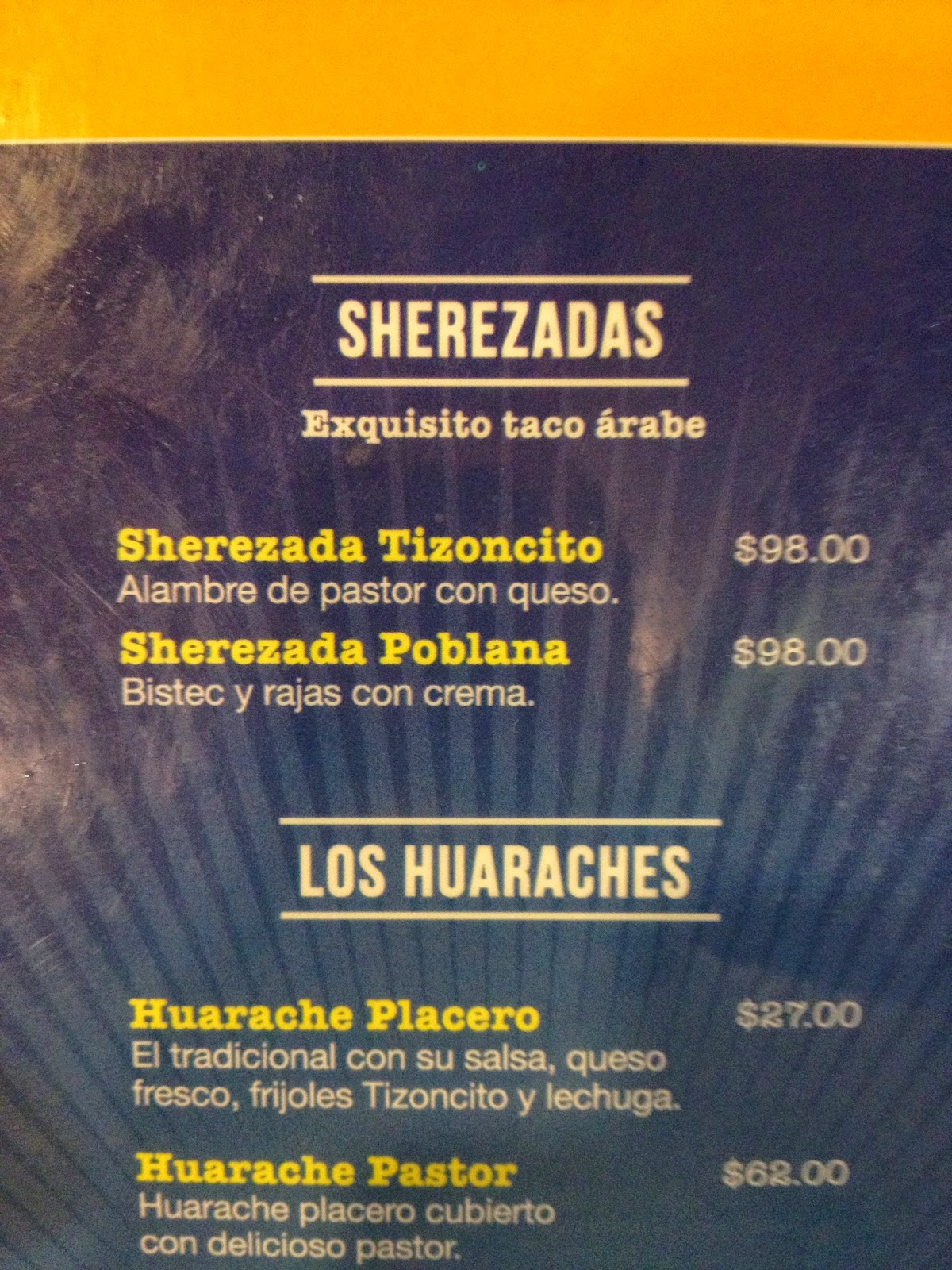 A Nights related (and worthy) food story of shawarma turning into tacos turning back into shawarma?
Posted by Michael Lundell at 4:28 PM No comments:

More on Opa-locka Florida – the city based on The Arabian Nights – from Miami New Times, apharisto ya Pedro - 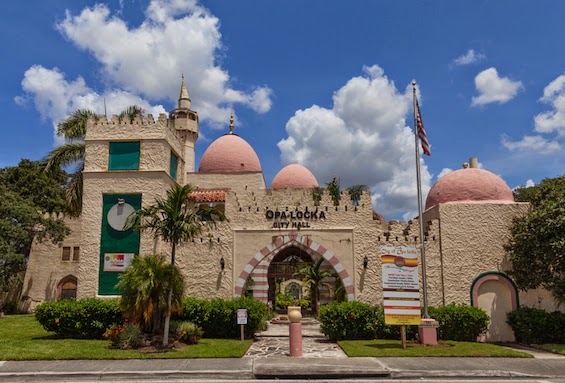 San Francisco has the Golden Gate Bridge. St. Louis has the Arch. Las Vegas has its retro welcome sign. It seems like every city has an iconic structure to represent itself to the rest of the world. Every city but Miami, that is. The Magic City is full of architectural gems, and maybe that's why no one building has come to define it. But that's left this town without a symbol of its own. In our Miami Icons series, we're aiming to fix that. Today, writer Abel Folgar argues that Opa-locka's City Hall is the perfect metaphor for Miami.

Founded in 1926 by aviation pioneer Glenn Curtiss and fashioned by a bizarre penchant for the One Thousand and One Nights, Opa-locka is the largest architectural example of the Moorish Revival style in the west, with the city hall building being the flagship that arrows out to other structures in the city. The 1926 Great Miami Hurricane effectively destroyed South Florida, and the newly minted City of Opa-locka was not exempt. But a large majority of the buildings survived -- the mettle with which dreams are built."

Posted by Michael Lundell at 8:49 PM No comments: 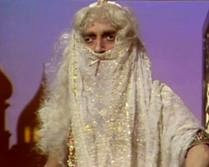 With many thanks to Soren here is The Muppet Show's take on the Nights with the exceptional Marty Feldman as Scheherazade!


Posted by Michael Lundell at 12:21 PM No comments: