Geico's latest attack on the senses is their "everyone knows that...but did you know" series. Geico is an insurance company based in the US known for an English accented lizard mascot and tongue-in-cheek ad campaigns.

Here they have a Genie (series debut in 2014) granting "literal" wishes, and, according to Geico's blog, this completes their "did you know" campaign:

and has evidently evolved into Genie and Me the mini-sitcom...
here is "Couch":

Posted by Michael Lundell at 10:26 PM No comments: 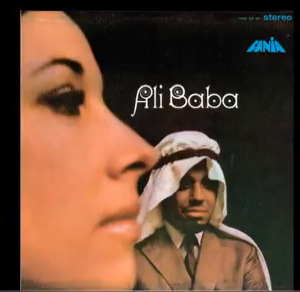 
"I refuse to open My Sesame"
Posted by Michael Lundell at 10:52 PM No comments: 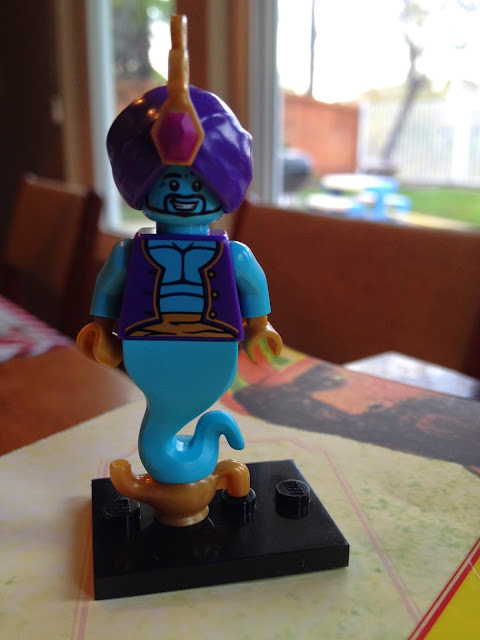 Rub the magic lamp and this friendly Genie will pop out to grant your wishes*…as long as they have to do with LEGO® bricks! Want a big enough pile of pieces to build a perfect full-scale model of the Great Wall of China? No problem! Looking for that long-lost LEGO Castle set you left in the playground when you were 5 and never saw again? Your wish is his command!

There’s only one limitation on the Genie’s incredible magical powers: he doesn’t do instruction booklets. He’ll give you all the bricks you could possibly want, but it’s up to you to figure out what to do with them. Ask him why, and he’ll just tell you that building steps are another genie’s department!
(*wish-granting requires use of imagination)"

Posted by Michael Lundell at 4:39 PM No comments:

THE WRATH AND THE DAWN - Renée Ahdieh 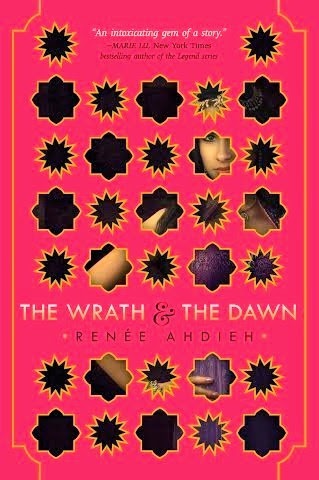 November brings yet another new version of The 1001 Nights. This one is a Young Adult Fantasy retelling called The Wrath and the Dawn by Renée Ahdieh.

It is set to be a two volume series to be released in May of 2015, published by Putnam.

You can read the first chapter at Bustle - http://www.bustle.com/articles/47450-the-wrath-and-the-dawn-by-rene-ahdieh-an-arabian-nights-retelling-is-coming-in-may

From their website - "In Ahdieh’s 2015 novel, the evil ruler is the Caliph, a murderous 18-year-old king, and his tale-spinning wife is 16-year-old Shahrzad, or Shazi. Every night, as Shazi knows, the Caliph takes a new teenage bride, and every dawn he kills her in favor of another. But like her namesake, Shazi uses her wits and cunning to try to outsmart the Caliph and exact revenge."

From Publisher's Weekly - "Stacey Barney at Putnam has also pre-empted Renee Ahdieh's YA novel, The Wrath and the Dawn. The book, the first of a duet, is a reimagining of The Arabian Nights, where the wits of one girl are the only thing standing between a vulnerable kingdom and its ruthless boy-king. The acquisition was a six-figure, three-book deal for world English rights, brokered by Barbara Poelle at the Irene Goodman Agency."